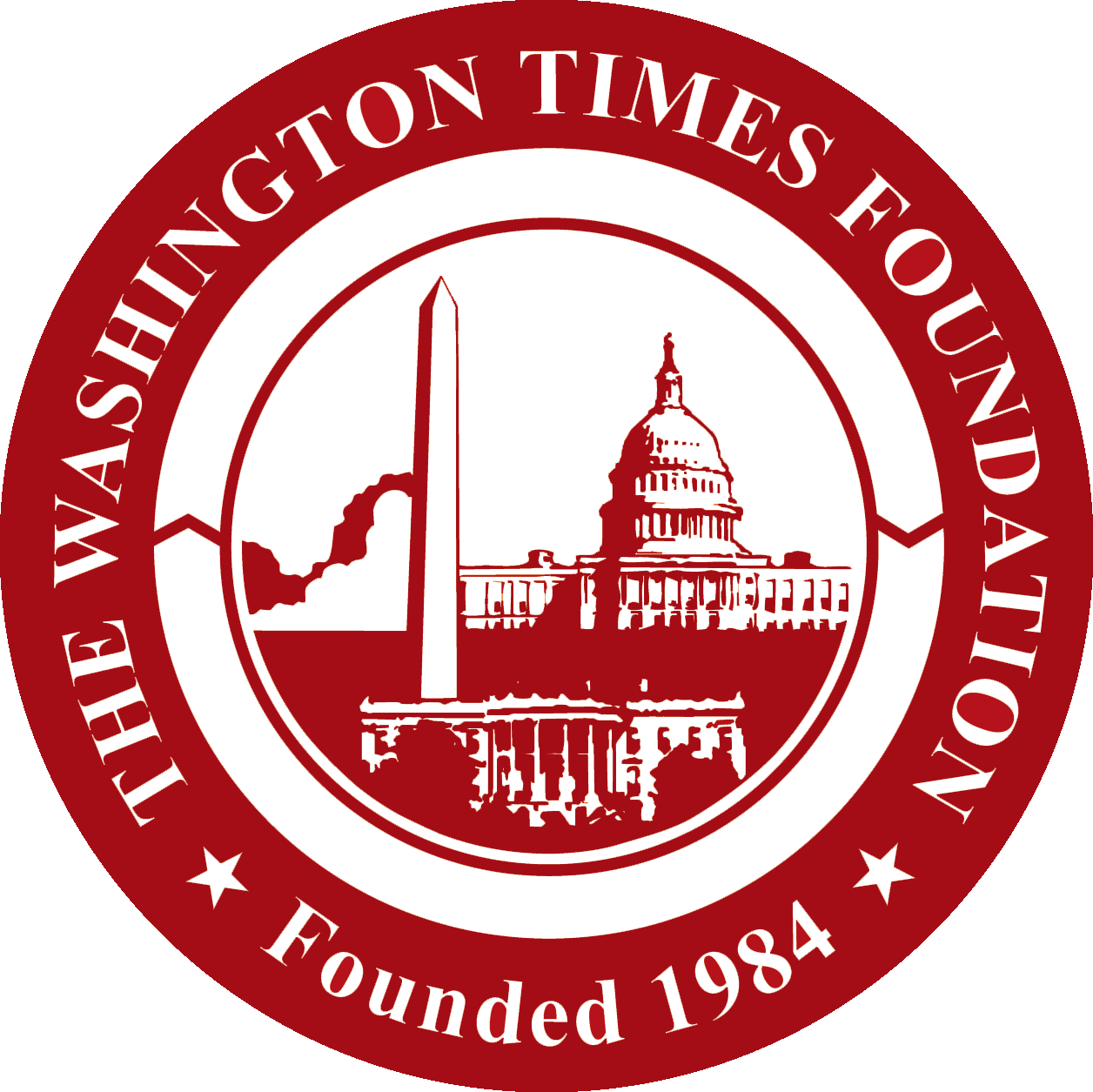 Episode 13: Moon vs. Yoon: Evaluating the legacy of liberal rule and the outlook for conservative government on the Korean Peninsula with Mr. Doug Bandow

As South Korea prepares to inaugurate its newly elected president Yoon Suk-yeol, we invite you to join our expert panel for an in-depth discussion of the legacy of the outgoing liberal President Moon Jae-in and the nation’s hopes, expectations, and our expert predictions of foreign and North Korea policies of the new conservative administration. We will focus on the elements of continuity and change in their respective approaches toward the DPRK, the U.S., China and Japan. This month's forum features Amb. Joseph DeTrani, Dr. Alexandre Mansourov, and special guest speaker Mr. Doug Bandow, Senior Fellow, Cato Institute.

Episode 12: How the Russian Invasion of Ukraine is Reshaping the World Order with Lt. Gen. (ret.) Keith Kellogg

In a world of interlocking economies, alliances and unintended consequences, nothing is isolated and unaffected by the catastrophic events happening in Ukraine. As Russia grows desperate for a victory, there is talk of Moscow's use of chemical weapons, even tactical nukes. China, despite abstaining in the UN vote, is seen to support the Russian invasion, while also contemplating Taiwan. Economic sanctions by the democratic world and the global social media put Russia into pariah status. Meanwhile, basic energy and food security for many countries is in danger.  Lt. Gen. (ret.) Keith Kellogg is an experienced warfighter, national security advisor and strategic thinker. Join him and our expert panel in a discussion of the evolving world order, even as it unfolds before us.

The U.S. and ROK have a bond forged in blood, one that has remained militarily strong for more than 70 years. The command of both ROK and U.S. forces in Armistice and during war is complex, evolving, and faces future challenges.

General (ret) Walter “Skip” Sharp commanded the ROK–U.S. Combined Forces Command, the U.S. Forces in Korea, and the United Nations Command, 2008-11, a period that included the sinking of the Cheonan and the North Korea bombardment of South Korea’s Yeonpyeong Island. Utilizing real world examples, General Sharp and our expert panel will discuss the strengths and challenges of this strong, yet evolving, command and alliance.

Episode 10: All Quiet on the Northern Front? with Gen. Bernard Champoux

While North Korea’s nuclear capability, their growing arsenal of ICBMs and worst-case scenarios, have been the focus of discussion, what are the trends in North Korea’s conventional threat to peace on the Peninsula? Conventional weaponry is actually the arena where all the shooting incidents and deaths of the past 72 years since armistice have happened. Is the conventional weapons threat growing or diminishing? And perhaps most important, what if the U.S. military presence were no longer on the Korean Peninsula?

Episode 9: Should the Quad become the Quint? with Admiral Harry B. Harris Jr.

Should South Korea formally declare common cause in Indo-Asia with India, Australia, the U.S. and Japan? The Quadrilateral Security Dialogue (Quad) is an ongoing strategic dialogue between the United States, India, Japan and Australia. The dialogue includes the Quad’s annual joint military exercises on an unprecedented scale, which are viewed by the Chinese government as a response to their increased economic and military power. In addition to the PRC, there is the DPRK and the proposed end-of-war declaration and Taiwan of course. They have a lot to talk about, and the obvious missing player is South Korea. Should the ROK make the Quad into the Quint? Can Korea and Japan cooperate militarily? Please join Admiral Harry Harris (USN ret), our most recent Ambassador to Korea, along with our distinguished panel of experts.

Episode 8: Is it Too Late to Manage China’s Ambitions? with Dr. Michael Pillsbury

Their GNP is three-quarters that of the U.S. and growing three times faster. Some say resisting China only makes it more aggressive, and all eyes are on Taiwan. JPMorgan Chase CEO Jamie Dimon said, “We have to get used to being number two.” Clearly China presents many challenges to the west. Dr. Michael Pillsbury, distinguished defense policy advisor, former high-ranking government official and author of best-selling books about China, sees partial hope in a new piece of legislation, the Pacific Deterrence Initiative.

Does the younger generation of South Koreans think differently toward the North than their parents do, and especially their grandparents who fought them in a desperate war? What are the implications for eventual reunification? Our guest panelist Amb. Kathleen Stephens, President & CEO of the Korea Economic Institute of America and U.S. Ambassador to Korea (2008-11), will share her thoughts on these insightful questions.

Episode 6: The Back Channel: What It Takes to Get Kim Jong-Un to “Yes” with Mr. Andrew Kim

As the Biden Administration struggles to get the North Korean government back to the negotiation table, our distinguished guest speaker Mr. Andrew Kim, former founding Director of the CIA's Korea Mission Center, and our panel of world-renowned Korea experts examine what needs to be done to persuade the DPRK leadership to move away from its non-engagement policy and return to nuclear talks. Mr. Kim visited Pyongyang numerous times and was directly involved in arranging the top-level negotiations with the North, including both of President Trump’s summit meetings with Kim Jong-un. He will share some of the lessons learned in dealing with the DPRK Supreme Leader. We will also hear his observations and advice regarding what it needs to be done to jump start the dialogue between Washington and Pyongyang.

Our panel of the world’s leading experts on North Korea, featuring Amb. Robert R. King, former special envoy for North Korean human rights issues at the Department of State (2009-17), will examine the glaring impasse in the DPRK-US relations emerging in the wake of the US-ROK joint military exercises, the botched US withdrawal from Afghanistan, Pyongyang's apparent resumption of the operation of the nuclear reactor at Yongbyon and demonstrated reluctance to accept vaccine assistance amidst the worsening wave of Delta COVID hitting the Peninsula – all on the doorstep of South Korea’s presidential elections. We’ll look at what Washington and its allies need to do to get the ball rolling again and jump-start international negotiations on nuclear issues and humanitarian concerns, including human rights, with North Korea.

Episode 4: The Biden Strategy for Dealing with a Nuclear North Korea with Mr. Sydney Seiler

Episode 3: Northeast Asia's Alternative Futures in the Shadow of a Rising China with Hon. Newt Gingrich

On July 1, the world was given a display of China’s might on the 100th Anniversary of the founding of the Chinese Communist Party. Deng Xiaoping, who eclipsed Mao, becoming the “Architect of Modern China,” famously counseled, “Hide your capacities, bide your time.” That China might hold cards it hasn’t shown is a sobering thought. One path: we could see the continued peaceful rise of a China focused on economic prosperity and meeting its domestic challenges. Another: China continues to look outward with coercive diplomacy and an ever-increasing arsenal. Will China have another century of CCP rule? Featuring expert panelist Hon. Newt Gingrich.

Episode 2: Taking Stock of the Biden-Moon Summit: Looking into the Future with Mr. Markus Garlauskas

As our diplomacy with Pyongyang proceeds in fits and starts, the international community faces many risks and opportunities in the pursuit of the peaceful resolution of numerous hot button issues with the DPRK and deeply entrenched inter-Korean conflict. For the U.S. and the world, these include nuclear weapons and human rights. For North Korea, these are regime survival, national security, and economic modernization. Korean reunification is the big issue that sits in the back of everyone's mind. We invite you to join a stimulating discussion among the most informed thinkers on Northeast Asia and the Korean Peninsula.

Amid the continual advances and reversals in our ongoing diplomacy with the DPRK, there are opportunities to pursue the peaceful resolution of issues with North Korea. For the U.S. and the world, the issue is nuclear weapons. For North Korea, the issues are economic and political security. We invite you to join a stimulating discussion among the most informed thinkers on Northeast Asia and the Korean Peninsula.